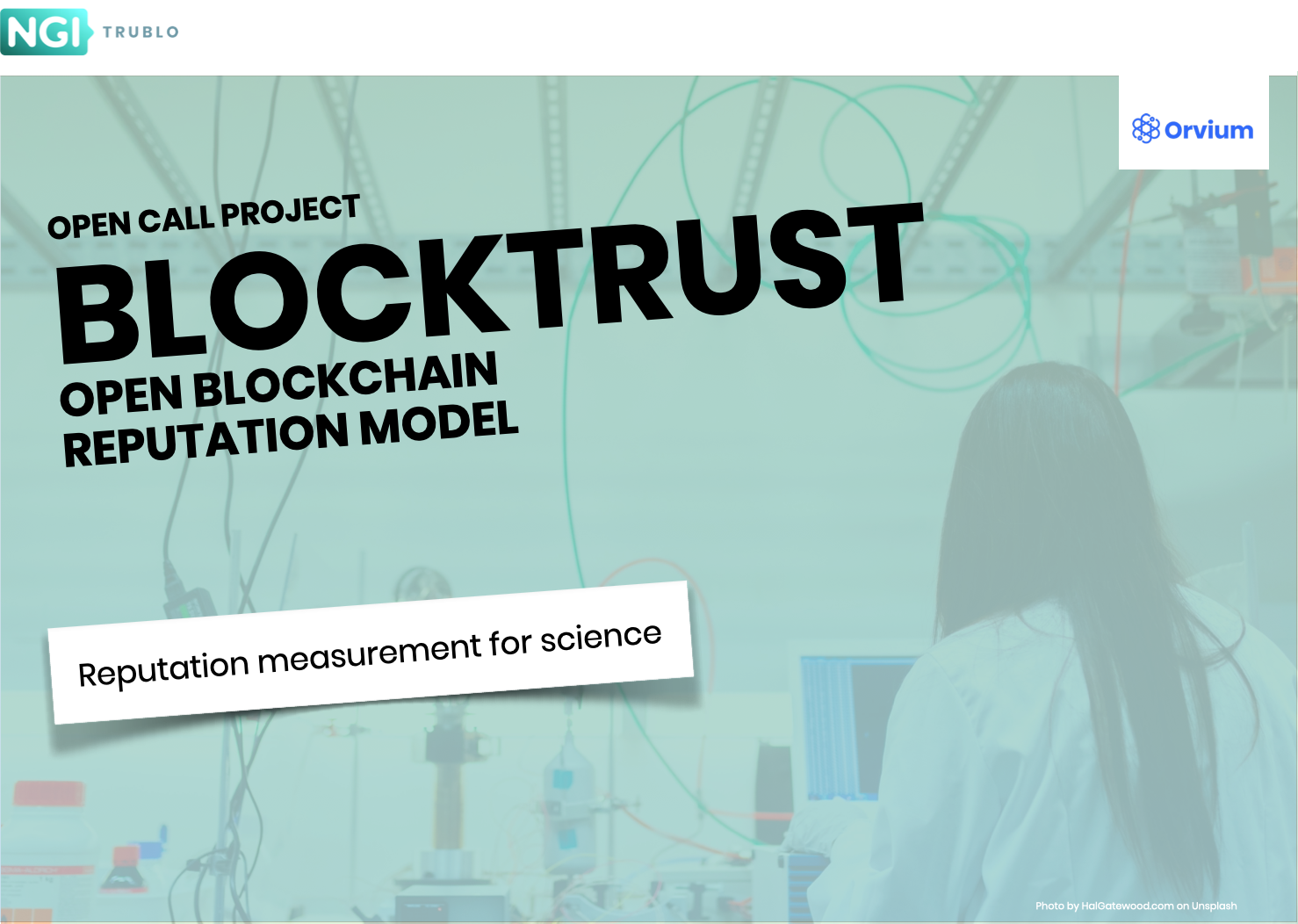 In science, reputation measurements have a direct impact on how funds are distributed across research institutions and fields. Nevertheless, there is still controversy about the utilization of certain industry scores, as they may cause a bias in the science production itself. Researchers may unbalance their focus in favour of productivity, fostering the “publish or perish” paradigm, rather than on research quality. Fair reputational models are a clear need in science and many other industries. The advantage of BlockTrust using Blockchain technologies can help not only the research community but other industries proposing their own models based on their specific metrics compliant to the model technical requirements.

We have more than four years of experience working with blockchain technologies, especially with the Ethereum blockchain. During this time we developed multiple smart contract applications using Solidity, and we have deployed them on several Ethereum networks, including the main net. Further, we developed our platform Orvium, a web application that integrates with the Ethereum blockchain using technologies such as Metamask and ethersjs.  Our team was part of the CV Labs incubation program, located in Zug (Switzerland), a major ecosystem for blockchain technologies in Europe. During this program, we worked with newer blockchain technologies and networked with their communities. We also participated in the Swiss Blockchain Hackathon 2019 (Zurich) where our project was awarded a special price thanks to our use of the AWS Blockchain services.