Decentralized proofs of evidence and debunks to fight disinformation 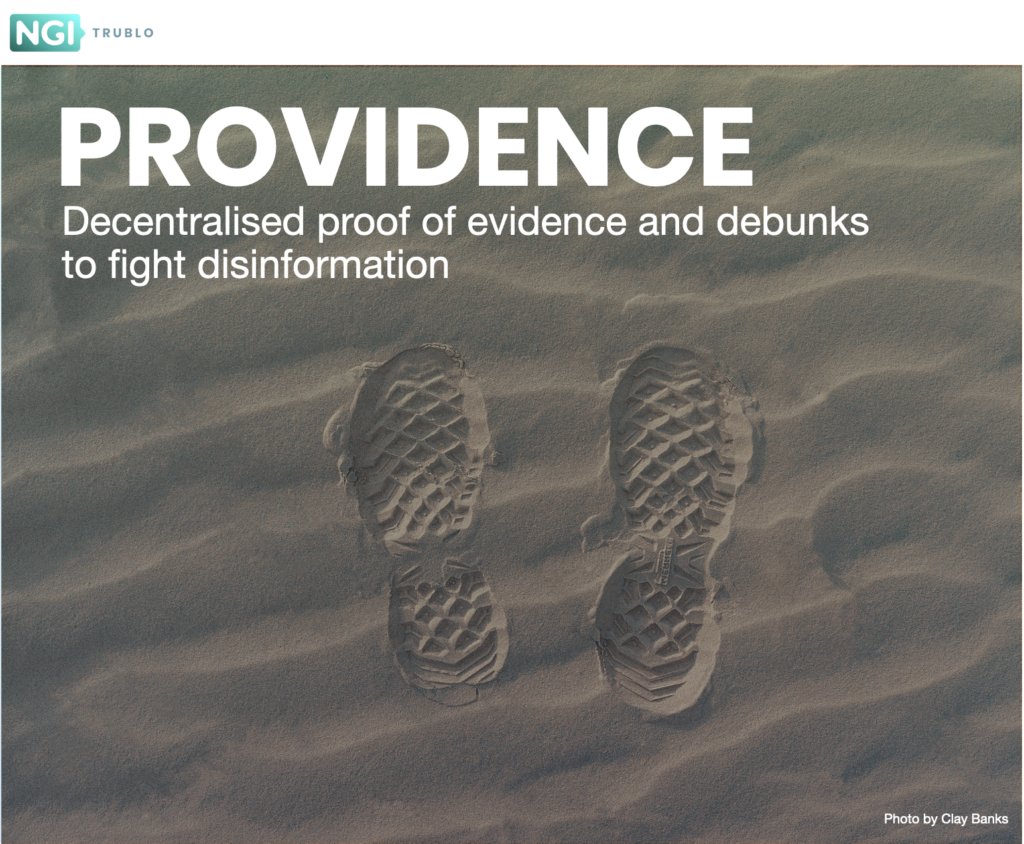 When fighting mis and disinformation fact-checkers often face difficulties in quoting and keeping a record of their findings and evidence: mis and disinformation in media, social or independent websites are often quickly erased by the author once they’re found false, trying to cover its deceiving tracks to be able to strike again. Archiving doesn’t only help keep such authors accountable; it also saves the content indefinitely, as many URLs break with time.

Fact-checkers usually find out that content they debunked is no longer available, mining the transparency and trustworthiness of their work. Though this is not exclusive to mis and disinformation, it can also affect trustworthy media: last year we witnessed a coordinated attack on different Spanish digital media outlets, as well as the recent events related to media outlets in Russia. Centralized web infrastructures are susceptible to this kind of issues that puts freedom of expression and public access to information at risk.

Linking to the original disinformative content also drives other ethical issues such as bringing traffic to websites with mal, mis and disinformation that were created to obtain money from traffic, which create a conflict to fact-checking organizations that need to keep track of the contents they are debunking and show them to users not be fooled by it.

How can we keep a record of deceiving content together with the fact-checked trustworthy information in a way that respects ethical and methodological standards but also enables further investigation and research on the topic?

The main PROVIDENCE features are the following:

The project team has been a member of the Alastria consortium for 3 years and has been actively working on developing AlastriaID to launch numerous demonstrators, so the experience with these tools is well-developed.

On the other hand, projects related to the identification and management of NFT tokens for different activities have already been carried out:

The team considers self-sovereign identity, tokenization of digital content and public – permissioned blockchain governance as the most interesting topics of the technology to create a sustainable, decentralized and cyber-resilient infrastructure for helping organizations globally to fight disinformation based on blockchain and digital identity with the highest European standards on data privacy and security,