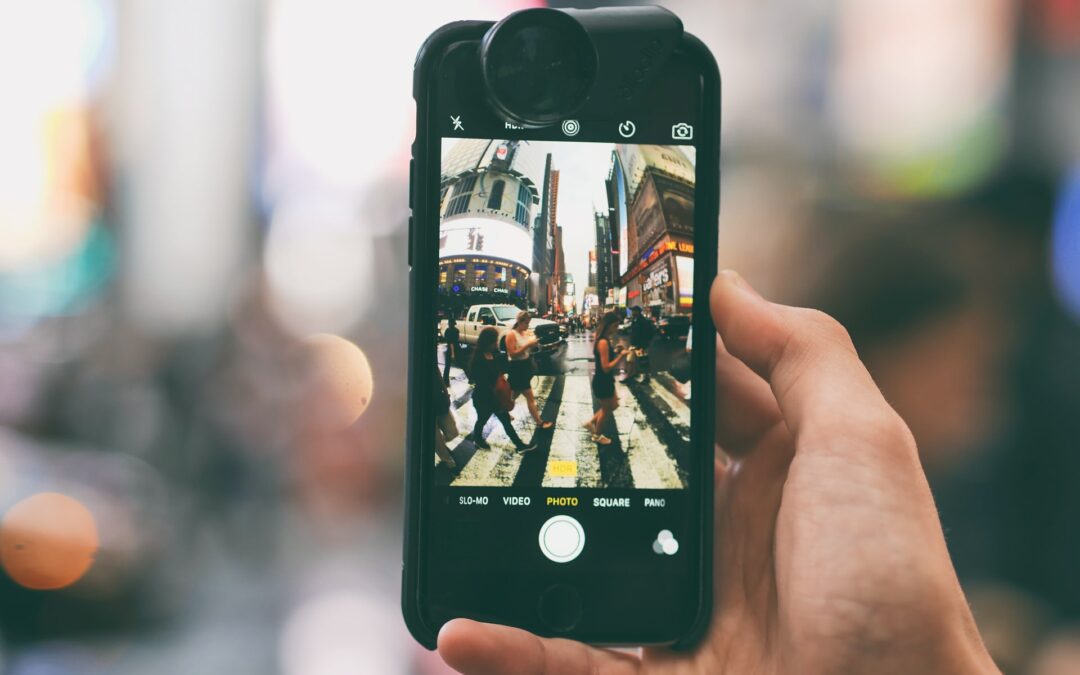 Our brain can process visual images in as little as 13 milliseconds. A glance is all it takes. Based on the intake, our brain starts to process the information. This outstanding ability is part of the problem: Our way of processing images means that manipulated visuals have a big impact. We see something, we notice it. It is easy to do damage, but difficult to correct the impression we got.

And this, particularly, is why there is such a strong need to have better tools to verify visual content. The rise of manipulated content has many reasons. Two are most important: Firstly, there are tools enabling almost undetectable visual manipulation. Many of these tools have been developed for photo and video artists, from advertising to film making in Hollywood. But these advanced technologies can be used to create misinformation, too.

Secondly, the standards for uploading visual content are still low. Everyone with a mobile phone can take a screenshot, upload it to a social media platform and claim whatever they like. False rumours combined with emotion can have similar effects as propaganda. Many content management platforms allow the uploading of photos or videos without demanding data as to the copyright of the material or other information. This missing info makes it even harder for fact-checkers to determine the correctness of the material.

A smart approach towards verifiable visuals

This is where Serelay,  a startup from the UK, comes in: The company offers a way to enable the creation of verifiable photos that is effective and can be used right away. The approach does not affect the user’s privacy. All you have to do is to download the Serelay app. Located in Oxford, the company has created a full circle solution to enable verifiable information. The process works with both photos and videos.

Data points added to a photo at the moment of capture

But how does this work? Serelay has pioneered a process described as “trusted media capture”.  The software records between 300 and 500 data points to an image at the moment when it is captured. These data points are then linked to the media item. This added information is compressed, to be less than 15kb per capture. This is important, given the number of pictures taken. With 15kb there is minimal mobile bandwidth needed. The battery of a mobile device is not considerably drained.

While the technology is complex, using it is very simple. As a user download and install the Serelay apps and then start taking photos with highly extended verification options.

And another, important aspect: While the additional data can be used to verify the photo, there is no information stored about the user. Serelay provides higher transparency for the media item, but without exposing the photo creator in unwanted ways.

Enabling verification in under 30 seconds

Taking photos is one side of the coin, being able to verify such material is the other: Serelay says that any photo or video captured can be queried for authenticity in under 30 seconds, by running it through software. The analysis can spot whether even one pixel or video frame has changed.

Example: Where was the photo taken?

The Serelay software can determine, too, whether the photo was taken outside (“in a valid 3D event”). This can help to determine that the image is not just a screenshot taken on a laptop. The software further validates time and location, using real-time third-party datasets. An algorithm developed by Serelay will further check for anomalies. The verification software can be accessed through a user interface. For media organisations and others having to verify many such visuals, there is an option to automate the process through APIs. The Serelay documentation can be found here.

Interview with the Founder

We talked to Roy Azoulay, founder and executive director of Serelay

Q: What is your background?

Roy Azoulay: “I come from a physics and computer science background, I spent the start of my career as a software engineer and team leader. I then completed an MBA at the University of Oxford and following this ended up setting up and running a successful startup incubator for the university.”

Q: Can you describe what Serelay offers?

“Serelay believes that photos and videos should be captured in a way that is inherently verifiable. Serelay captured photos and videos can be queried for the authenticity of content, time and location, quickly conclusively and at scale.”

Q: How did you get to this point in development with Serelay? How did it evolve?

“We developed our initial concept with funding from Google through it’s Digital News Initiative Fund and with support from the European Space Agency. Then, after almost a year of testing and tightening so that the technology could comply with the toughest data protection regulations and the highest journalistic standards in the world, we deployed our solution with one of the world’s most reputable news media organisations, the newspaper The Guardian in the UK. This was a landmark collaboration. In our original design, Serelay compliant photos needed to be captured either by a Serelay camera app, or our SDK embedded in a third-party app with camera functionality. We have recently launched a new architecture called ‘React’ which enables the creation of Serelay-compliant photos, using a mobile device’s stock camera app.”

Q: How important is the use of blockchain?

“We do not use blockchain at the moment as we are happy to collaborate with partners in the space. While we can certainly see the value of recording origin metadata on an immutable ledger, a blockchain implementation also introduces complexity – for example, we currently give users the option to delete all of their photos’ metadata from our database in just a few clicks, in a different scenario –  we may retroactively revoke the veracity credentials of a certain phone model or operating system version where a security vulnerability is uncovered. These matters require a carefully designed blockchain implementation, possibly with different implementation architectures for different use cases. We see ourselves as a technology partner for such implementations, it is unlikely we will do one in-house.”

Q: What are the next steps to establish this technology for wider use? Are you already working with media or other organisations?

“I mentioned our work with The Guardian. We will also unveil a collaboration with a global software giant in March 2021.”

Q: What is your take on the future of trustable content?

“I believe it is in the metadata. A common language to communicate content authenticity and the capability to immutably embed it in a media file can have far-reaching effects. The Content Authenticity Initiative (CAI)  led by Adobe is doing just that.” (Editors note: See info about the CAI below.)

Q: What is the next step for Serelay?

“Our next step will be to add immutable origin metadata, compliant with the emerging CAI standard, to our existing product line.”

What are the options to use Serelay?

“Serelay offers two free apps which add verification data to photos taken with mobile phones, for Android and Apple phones. They differ in terms of integration.”

Thank You for the interview.

Available SDKs enable a further extension of the functionalities to third party apps. Using the Idem SDK companies can add in-app Trusted Media Capture™. The React SDK enables even deeper integration to any photo or video taken with the camera on the device, so there is no need for the user to firstly open the Serelay photo app.

The initiative was started in 2019 by Adobe, The New York Times Company and Twitter.  By now, several additional companies have joined the group. The goal is to create an accepted standard of how to enable trustable content. The initiative identified detection, education and better ways for attribution as key goals towards better handling of content.
Quote from the website: “The Content Authenticity Initiative is building a system to provide provenance and history for digital media, giving creators a tool to claim authorship and empowering consumers to evaluate whether what they are seeing is trustworthy.” Link

MIT News: In the blink of an eye

Forbes:  “Fake-News Makers, Beware: This Firm Claims It Can Oust A Photo With One Fake Pixel”

Photo by Aaron Burden on Unsplash

Correction note: An earlier version of the article described Roy Azoulay as “founder and CEO”. This has been corrected, he is the “founder and executive director” of the company.

The initiative was started in 2019 by Adobe, The New York Times Company and Twitter.  By now, several additional companies have joined the group. The goal is to create an accepted standard of how to enable trustable content. The initiative identified detection, education and better ways for attribution as key goals towards better handling of content.
Quote from the website: “The Content Authenticity Initiative is building a system to provide provenance and history for digital media, giving creators a tool to claim authorship and empowering consumers to evaluate whether what they are seeing is trustworthy.” Link

MIT News: In the blink of an eye

Forbes:  “Fake-News Makers, Beware: This Firm Claims It Can Oust A Photo With One Fake Pixel”

Photo by Aaron Burden on Unsplash

Correction note: An earlier version of the article described Roy Azoulay as “founder and CEO”. This has been corrected, he is the “founder and executive director” of the company.